Options for treating diabetes with medications can range from insulin to amylinomimetic drugs. Medication therapy is a common technique with the primary goal being to keep the blood sugar/glucose levels as close to a normal range as possible (around 100 mg/dl) while avoiding drops in the glucose level to the degree that the patient develops symptomatic hypoglycemia.

The techniques to accomplish this center around lifestyle changes (diet, exercise, weight loss, close medical follow-up/monitoring), the use of medications, and bariatric surgery.

Learning about the disease and being an active participant in the management process is critical to long-term glycemic control. The goal of treatment is to keep the HbA1C level no more than 7-8% and preferably less than 7.  You should pay attention to those medical conditions that will accelerate the long-term consequence of the disease, such as hypertension (high blood pressure), elevated cholesterol (heart disease), and excess weight. 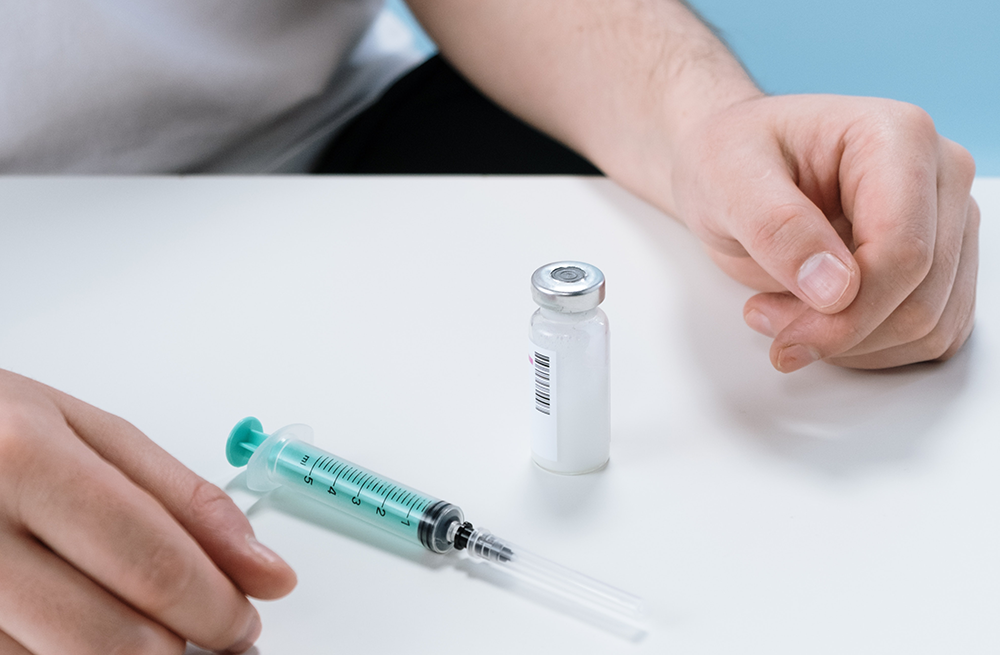 Options for Treating Diabetes with Medication

The goal of treating diabetes with medication is to lower the blood glucose levels by either replacing the insulin that is lacking, improving the body’s production of insulin, or improving the absorption of glucose from the blood into the cells of our body. There are several different classes of drugs that we will learn more about below.

Insulin is the most method of treating diabetes with medication, particularly used in type 1 diabetes treatment. The goal is to replace the insulin that the body fails to produce. Several types of insulin are classified as short and long-acting. A diabetic patient will take insulin by frequent, intermittent injections or a continuous infusion through various pumps. Ultimately, the amount of insulin required is dependent on the patient’s blood sugar levels, how much natural insulin they might make (if any), and how sensitive their body is to the insulin.

Some of the common drug names for insulin are:

Amylinomimetic drugs are injectable medications used before meals. They are meant to delay emptying the stomach, thereby delaying the digestion and absorption of the meal. This results in a slower, more controlled rise in glucose levels, which will sometimes prevent the rapid spikes in glucose levels when a diabetic eats. The medication also seems to reduce appetite. Pramlintide (SymlinPen 120, SymlinPen 60) is one of these medications.

For type 2 diabetics, the body makes insulin, however, the cells no longer respond well to the insulin the body makes. The goal of treatment with the following medications is to help the cells respond to insulin better to improve glucose absorption.

1.   Alpha-glucosidase inhibitors, medications that help your body break down starchy foods and simple sugars more efficiently. Some of the common names are Acarbose (Precose) and Miglitol (Glyset)

2.   Biguanide class of medication decrease how much glucose the liver produces. The most common biguanide is Metformin (Glucophage, Metformin Hydrochloride ER, Glumetza, Riomet, Fortamet). Metformin can also be combined with other drugs to have a synergistic effect.

3.   Dipeptidyl Peptidase-4 (DPP-4) Inhibitors help the body continue to make insulin by stimulating increased production from the pancreas. Some of the more common drugs in this class include Linagliptin (Tradjenta), Saxagliptin (Onglyza), and Sitagliptin (Januvia).

4.   Glucagon-like Peptide-1 Receptor Agonists (GLP-1 receptor agonists) are similar to the natural hormone called incretin. These medications stimulate the growth of the cells in the pancreas that make insulin. In some patients, these medications decrease appetite and delay gastric emptying, which may positively benefit weight. These medications include Dulaglutide (Trulicity), Exenatide (Byetta), Liraglutide (Victoza), and Semaglutide (Ozempic)

5.   The Meglitinide class of medications helps your body release insulin. However, in some cases, they may lower your blood sugar too much, resulting in hypoglycemia. Some of the common brands include Nateglinide (Starlix), Repaglinide (Prandin) and Repaglinide-Metformin (Prandimet)

6.   Sodium-glucose transporter (SGLT) 2 Inhibitor works by decreasing glucose absorption in the kidney. As a result, excess glucose is lost through the urine. Some of the common medications in this class include Dapagliflozin (Farxiga), Dapagliflozin-Metformin (Xigduo XR), Canagliflozin (Invokana), and Empagliflozin (Jardiance).

7.   Sulfonylureas are among the oldest diabetes drugs still used today. They work by stimulating the pancreas to make insulin. These drugs include Glimepiride (Amaryl), Glipizide (Glucotrol), and Glyburide (DiaBeta, Glynase, Micronase). These medications are often combined with other medications such as metformin to achieve a synergistic effect (Glyburide-Metformin, known as Glucovance).

8.   Thiazolidinediones are an additional class of medications that work by decreasing glucose in your liver. They may also improve insulin sensitivity at the level of the fat cell, thereby improving glucose absorption and utilization. Options include Rosiglitazone (Avandia) and Pioglitazone (Actos).

Treating diabetes with medications is aimed at reducing the long-term damage diabetes tends to have on our organs. These include anti-hypertensive medications used to lower blood pressure and protect the kidney from the damaging effect of frequent high glucose levels. Other medications that protect the organs are medications to lower cholesterol levels. These medications reduce the development of atherosclerosis/heart disease that is more likely to be accelerated in diabetic patients.

This blog was originally written by Dr. Mike Blaney on the Bariatric Centers of America website.